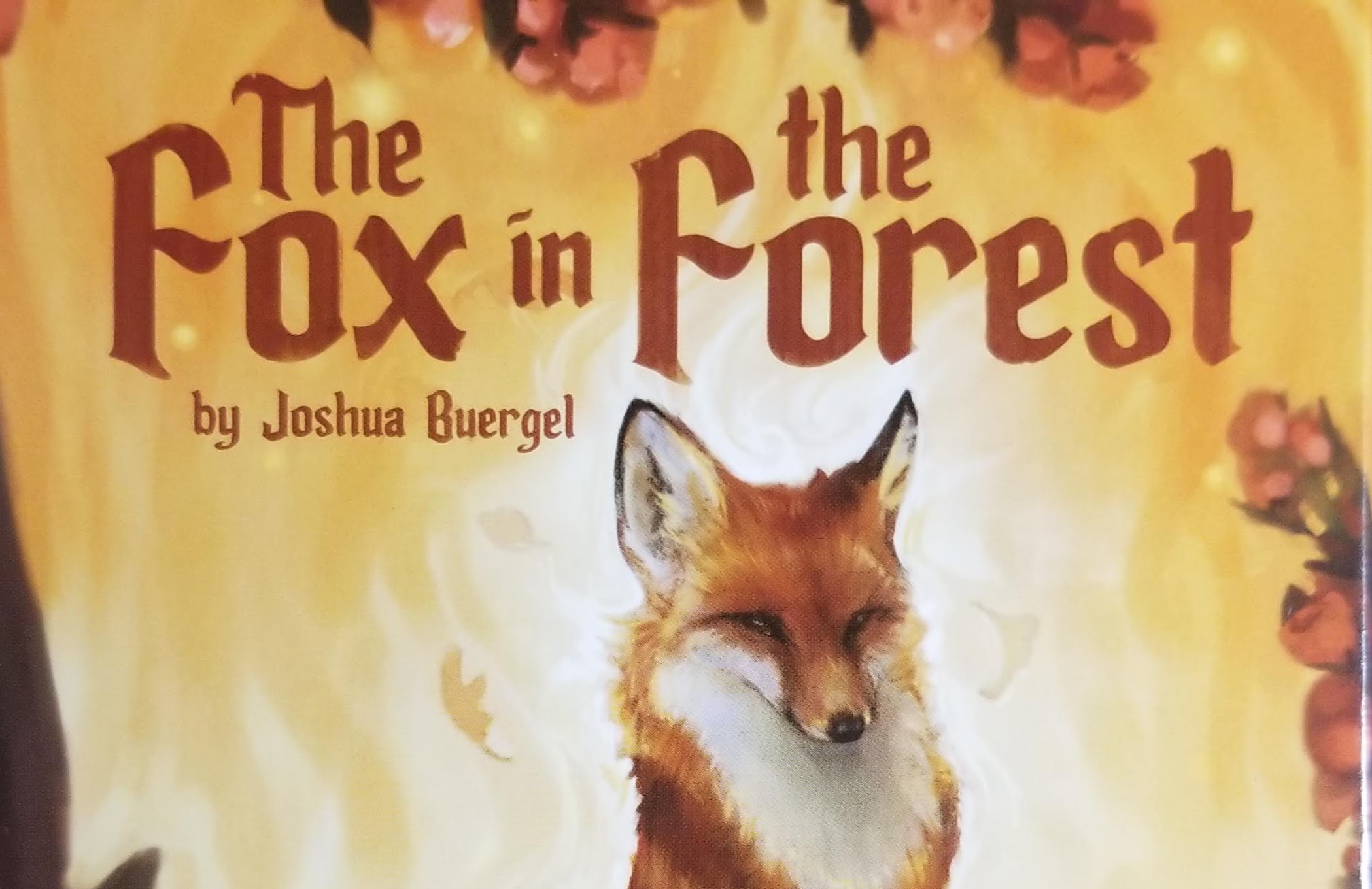 Even if you are new to the board gaming hobby, you are probably familiar with trick taking games. Being from the midwest I grew up playing Euchre, Hearts and Blackout and so did most of my family and friends. This made it very easy to get a trick taking game to the table. The only problem is most of them require a very specific player count, typically four players.

Fox in the Forest attempts to take everything you love about trick taking games and package it in a game for two players. Can it really deliver that? Let’s take a look!

Fox in the Forest uses a deck of 33 cards that consists of three suits: moons, bells and keys. Each player is dealt eleven cards one card is flipped up to designate the trump suit leaving six cards out of the game (for now). Play then continues exactly as you would expect in a standard trick taking game

Doesn’t seem like this would work well with two players, and if that were all there was to it, it wouldn’t.

Fox in the Forest fixes this problem by introducing special abilities on half of the cards, The odd numbered cards in this game all have potentially game changing abilities. Play a 3 and you get to change the trump suit. Play an 5 and you get to draw a card form the deck and discard a card from your hand to the bottom of the deck. Play a 11 and the other player must either play the 1 of that suit or their highest card of that suit. Take a trick that contains a 7 and get a point. You get the picture.

Another big part of most trick taking games is bidding. Part of the fun is looking at your hand and trying to figure out how many tricks you can take. Again, this doesn’t really lend itself to a 2 player game, but Fox in the Forest has another ingenious fix. The game has preset point values based on the number of tricks taken.

To score the most points you either need to take very few tricks, or a lot of them… but not TOO many!

The first player to 21 wins the game. The rules actually state that you can play up to any number you want depending on how long you want the game to take. For a shorter game they recommend playing to 16.

The special abilities are a big part of what makes this game work. They inject that extra bit of strategic thinking that you expect from a good trick taking game, and can have game changing results if played at the right time. Putting them on half of the cards also feels about right. If every card had a special ability the game would quickly get overwhelming, but having abilities on only half of the cards makes you carefully consider when to use them. Not having too many powers helps the game keep the feel of a traditional trick taker.

The scoring mechanism both simplifies and complicates the game. You don’t have to spend time deciding how many tricks you want to take, but you definitely still need a plan. There is a huge difference between taking 3 tricks (6 points) and taking 4 tricks (1 point). You’re still going to want to look at your hand and decide which range you’re going to try to hit, which you may have to modify as the game progresses!

The game comes with a little card for each player that helps you to remember the scoring ranges and the card powers. Very helpful when you’re first learning, but also as a reminder what the scores are as your plans are falling apart. There are also tokens for keeping track of the score which keeps you from needing pen and paper.

Criticisms of Fox in the Forest

The player count is the games greatest strength, and it’s only weakness. It is amazing that they managed to make a two player game that provides the same feeling you get playing a four player trick taker. The only problem is they’ve done such a good job that I sometimes wish I could play this game at a larger player count.

It would have been nice if the game maybe included a fourth or fifth suit to use if you wanted to include more players. It would make the game more versatile, but maybe it throws off the balance. I guess there are plenty of other trick taking games that fill that need though.

This may be the most minor nitpick of a game so far, but they call the trump card the “decree” card. I think they were just trying to fit more with a fairy tale theme but the change is really unnecessary. When I teach the game I’m going to call it trump (because that’s what people are familiar with) which means going forward we’re most likely going to call it trump too. Having the cards reference something else is a tiny bit jarring .

Can you play Fox in the Forest Online?

Yes, you can play Fox in the Forest online but it’s not free. There is a digital version available for Android, iOS and Steam which at the time of this writing costs $4.99.

Is Fox in the Forest Worth the Money?

Fox in the Forest is a special game. If you love trick taking games, but don’t often have enough people to play them, it’s the perfect game to add to your collection. They get the balance exactly right. It’s gives you just enough special ability cards to keep things interesting and uses a scoring mechanism I haven’t seen before to keep you second guessing your strategy.

If you play two player games often definitely give Fox in the Forest a try.