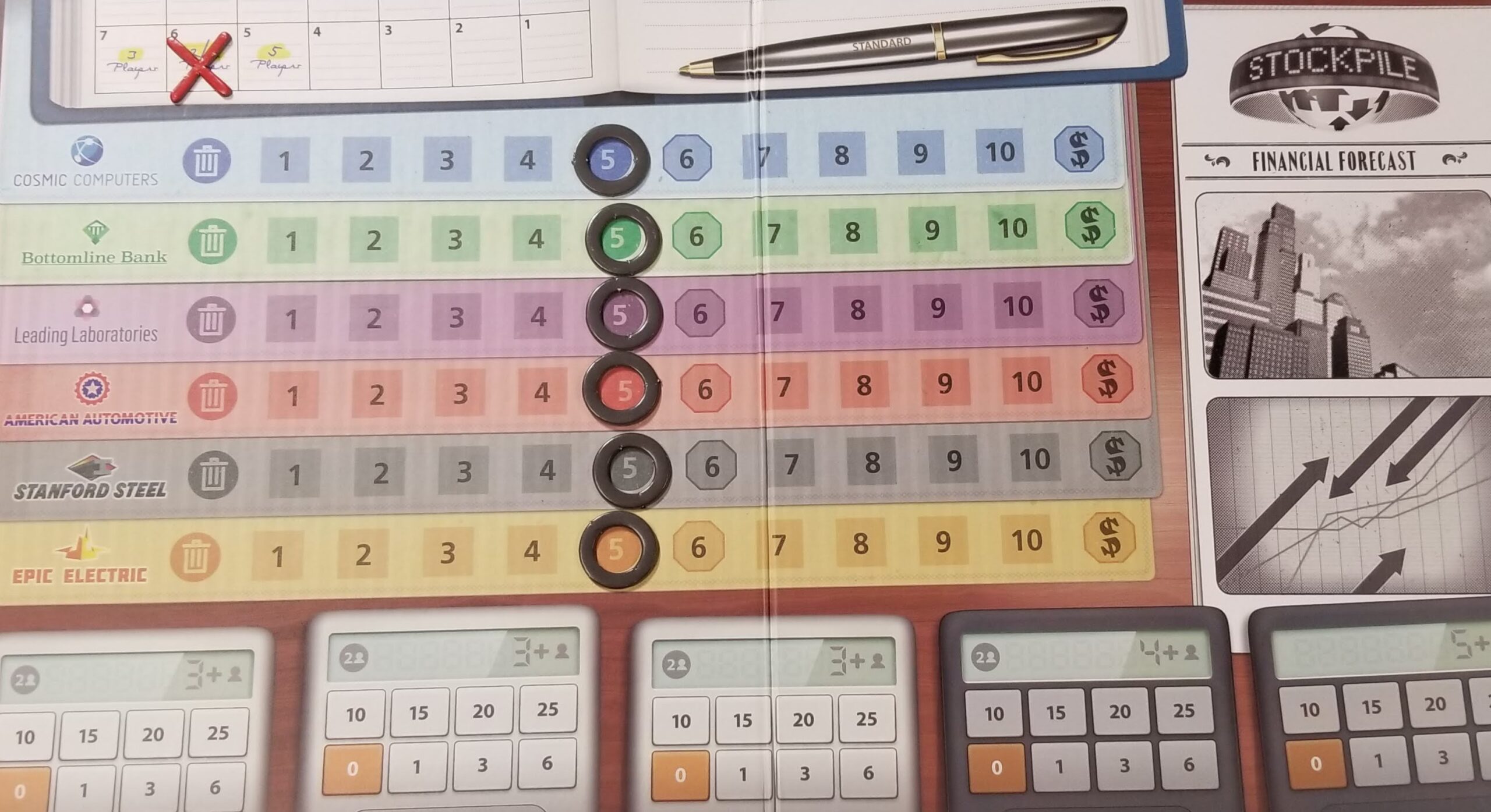 When you tell people you like to play board games, most likely Monopoly is their frame of reference. It’s a game that most kids (at least in the US) grew up playing and everyone knows.

There are SO many other options now when it comes to board games! If you find that the financial genre is one you like, read on for some of our favorite alternatives.

Before we get into the alternatives, let’s take a closer look at Monopoly.

The Issues with Monopoly

Monopoly was first published by Parker Brothers in 1935. The game became wildly popular, in part, because it was the first game of it’s kind. A lot of people find the financial theme fun and the game allows for a lot of player interaction.

The game however, is not without it’s problems.

For starters, the game can be very long – sometimes lasting hours. Also, as the game progresses people are knocked out and can no longer participate, which can lead to frustration for people waiting around for the game to end.

If you manage to stay in the game, and you fall behind, there is usually a point in the game where there isn’t much you can do the catch up; it just comes down to luck. I think luck has it’s place in games (and in life) but games that rely on luck too heavily can be frustrating.

Here are some great alternatives to Monopoly that that we think address a lot of these issues and think are worth a try at your table.

Rumor has it that another publisher may give this game a second printing, so keep an eye out for it. The game is such a good Monopoly replacement, it’s still number one on this list even though it is currently hard to find. Lords of Vegas has all of the things people like about Monopoly and removes some of the problems Monopoly has.

Lords of Vegas is a city-building game that has players working together to build Las Vegas in the 1960s. Each player represents an investor building casinos on empty lots in different areas of town, while competing against other investors for control over the Vegas Strip.

In this game you start out with two empty parking lots and some starter cash. The lots you get are chosen at random, as is the amount of your startup funds. During the game you have several different actions available to you, and you can take as many of them as you want during your turn.

The game board is made up of six sections, each with a number of empty “lots.” When you decide to build on a lot, you pay the cost (lots on the strip cost more) and chose which theme your casino will have. The theme is denoted by a square token that goes around your dice. When you build a casino you place a die of your color on the same number pictured on the lot and put your chosen theme token around it.

Adjacent casinos with the same theme are considered one multi-tile casino. Here’s where the real fun starts to take shape. The player with the highest die value in a multi-tile casino is the “boss” of that casino. Throughout the game all owners get money for their interest in a casino but only the boss scores points.

So, we have a situation where someone, by building next to you, could take over your property (if they chose the same theme as you). Don’t worry though, put together enough cash and you can force a reorganization, making each player with an interest in a casino re-roll all of their dice. If you get lucky, you may end up the new boss.

On each turns there are six possible actions you can take, and you can take as many of them on your turn as you can afford. Also, any deal is possible as long as the players agree. The only thing you can’t do it promise to perform a future action for a player as part of a deal.

Why We Like Lords of Vegas Better Than Monopoly

Lords of Vegas provides more opportunity for player interaction than Monopoly does. It also solves the long running game problem by providing a clear end of game mechanic. As part of the setup you shuffle a “game over” card in the bottom quarter of the deck. You’ll know when the end of the game nearing, but won’t know exactly when it will end… but it does have a defined end.

Additionally, this game handles the luck element better for a couple of reasons:

Lords of Vegas is a game for 3-5 player and takes about 90 minutes to play. It’s just really good. There is a reason it’s at the top of the list even though it’s out of print.

I really hope this game comes back. If it does, we’ll make sure we do a full write-up on it.

Cashflow is part game, part educational tool. It was developed by Robert Kiyosaki, author of Rich Dad Poor Dad and it’s based on some of the ideas in that book.

The goal of Cashflow is to make enough money to reach the “fast track” by building passive income streams. You do this by investing in assets such as stock market index funds and rental real estate. It does a pretty good job of simulating the financial world.

It can get a bit heavy though, you’re tracking your net worth as the game progresses. Each player must keep track of assets and liabilities. For some players busting out a balance sheet is going to make the game feel more like work than fun.

We own the original printing of this game, there have since been other editions like Cashflow 101 or Cashflow 202. We can’t speak to those editions, but the original game was quite good and is still available. These games are rather expensive though, running about $80.

Cashflow can be played with two to four players and takes about two hours to play. Like I said, it’s heavy, but if you like Monopoly and you also like Risk, it may be for you.

Cashflow suffers from some of the same issues that Monopoly does, most notably it’s length. It also requires keeping a balance sheet and a lot of math. We like it better though, as financial game, because it delves into other types of investments not just real estate. Cashflow does a better overall job covering the financial theme.

The game is also a great tool for introducing people to the topic of investing. It does suffer a bit as a teaching tool because it encourages players to be significantly over-leveraged. I’ve still used it as a teaching tool, but I use it as a springboard into other lessons, and don’t hold it up as an example by itself.

Something Light: For Sale

For Sale is the lightest game on our list. It’s very quick to learn and play. This is a “buy low, sell high” game that happens to use real estate, but really could have used anything.

In this game all of the player start out with the same amount of money and the bid on properties at auction. In the second phase of the game players try to sell their properties for as much as possible.

For Sale can be played with two to four players and plays in about 20 minutes. If you’re interested in this game, please check out our full write-up on it.

It’s quick. For Sale fits the bill when you want something financial themed, but you don’t want to have to think too hard. It allows you to stay within this theme without committing to a winner-take-all slugfest of unknown length.

At our table we like to pull out For Sale in between heavier strategic games, to give our minds a bit of a break and give the table a chance to be more social. For Sale is the kind of game you can play while chatting about other things and catching up.

For Sale is by no means a Monopoly replacement, but it definitely is a game in the genre that has a place our shelf.

The final financial game on our list is Stockpile. In this game you won’t be selling any real estate, you’ll be playing as investors playing in the stock market.

You start the game with one stock in your portfolio and then you’ll purchase more stock by bidding on “Stockpiles”. The value of each company can increase or decrease throughout the game, but at various points during the game a stock can split, causing players who have that stock to receive more of it (it can also go to zero).

At the start of each round each player is given a random piece of “inside information” about one of the stocks. This is done by randomly giving each player two cards, one for one of the companies on the board and one is the amount and direction that stock is going to move.

The leftover cards from these decks will also affect the market, but none of the players will know which companies these are or how much they will move.

Players then help to create “Stockpiles” that are available for bid. These piles include stock, market movement cards, and trading fees. Like with the forecast cards not all of the information is public.

Player bid on the Stockpiles and then try to “time the market” to get the most money for their stock. It’s a great financial game with a high replay value and a number of good expansions.

If this game interest you, please check out our full write-up on it.

Stockpile is a lot of fun and it plays in a set number of rounds. The player interaction is also more varied than Monopoly. Instead of being limited to offering a deal or paying a rent, in Stockpile players are constantly watching other players moves to try to determine which piece of inside information they have. There are also cards that let you directly influence the values of stocks other players own.

This game doesn’t truly simulate the stock market, but the theme is well applied and it’s fun to play. It also has the benefit of having two difficulty levels which adds to it’s replay value. After you’ve played a couple of times, flip the board over for a more challenging game.

If you’re a Monopoly fan and are looking for games with a similar theme, check out some of the great options we’ve listed here. Whether you want to dabble in the stock market or try your hand at being a casino boss, there’s something for everyone on this list.

There is nothing wrong with playing Monopoly, we still own a copy of it. Games however, have evolved a lot over the past decade, you don’t have to keep playing a game from 1935. There are plenty of great games in the financial genre, you should give some of these a try!