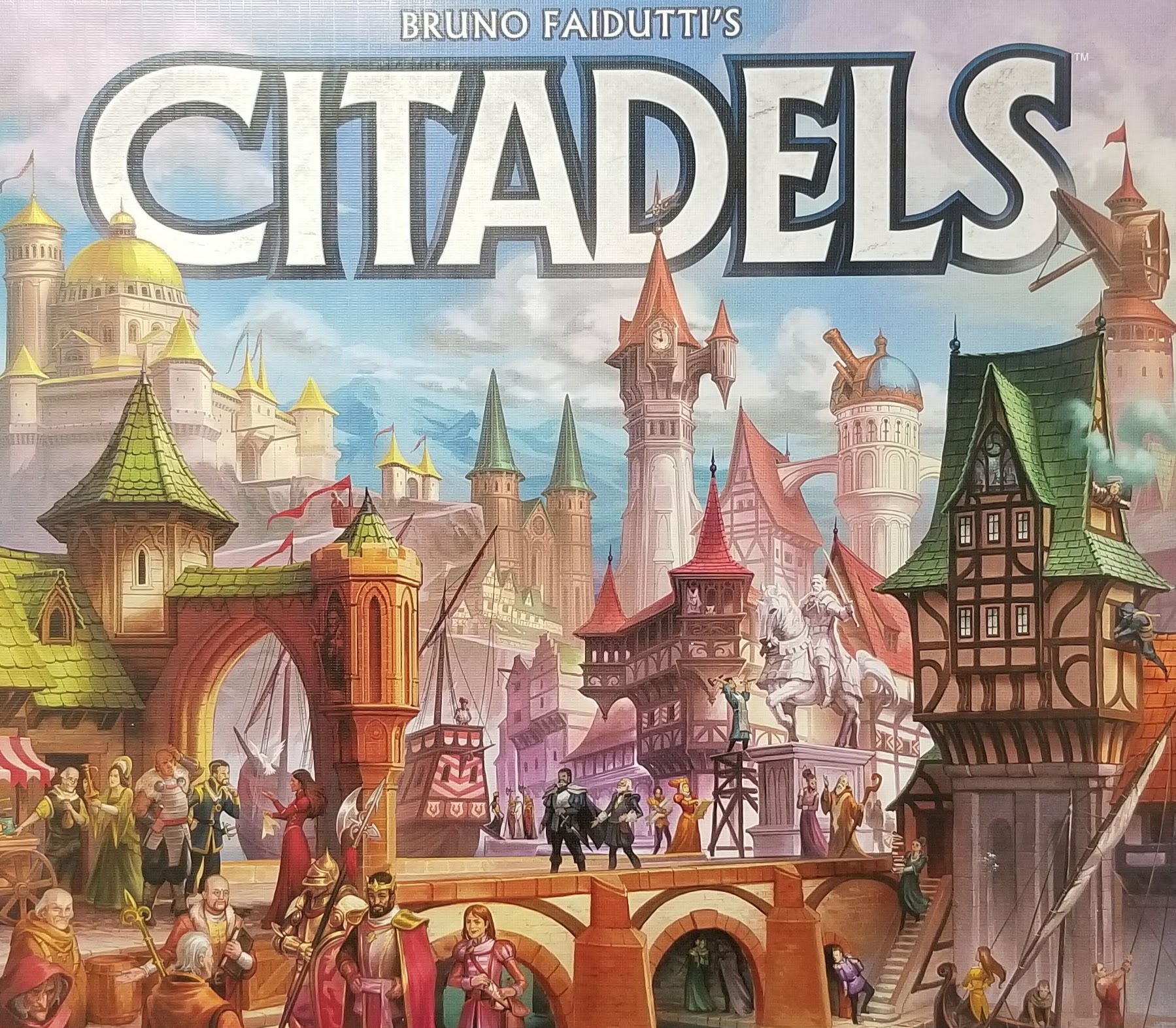 If you’re looking for a challenging and rewarding board game to play with your friends, look no further than citadels. This game is all about strategy and planning, as you attempt to build the most impressive city possible. With so måany different options available, it can be tough to know where to start. That’s why we’ve put together this guide to help you get the most out of citadels.

Citadels is a card drafting game for two to eight players, ages ten and up and takes about 45 minutes to play. The objective of the game is to score the most victory points by building the most impressive city.

During each round players also get to select a character that provides them with a special ability and determines the order of play during the turn. There are up to 9 possible roles you can choose from, depending on the number of players. If you’re playing with less than 8 players not all of the roles are in play each round.

Give the crown marker to the oldest player to start (or select this player by some other method you choose). This player will shuffle the role cards place one facedown without looking at it, and then place a number of additional cards face up (based on the number of players). None of these roles will be in play this round.

Select 14 unique districts to use during the round and shuffle them into the districts deck. Districts have a pink symbol in the lower left of the card and usually have a special ability they provide you once they are built.

Finally, deal each player four district cards, give them each two gold, and you’re ready to go.

This is the setup for a game with four players. Also, make sure you put out the character markers for the characters in play. During the game it will be important to know what the possible characters are, and the order in which the players will take their turn

How to play Citadels

Each round starts with character selection. The crowned player looks at the characters in play and secretly selects one, placing it facedown in front of them, and passes the remaining cards to their left. This continues until everyone has a character card.

The last player will only have two cards to choose from but will have the advantage of knowing what the final discarded card was.

Now the crowned player calls the characters in order (using the character tokens for reference). When a player’s character is called they flip over the card and take their turn.

Each turn starts with resource gathering, the player can either take two gold from the supply or draw two district cards from the deck, keeping one and discarding the other.

Now the player has the option to build a district card from their hand (if they can afford to do so). The cost of each district is signified by the number of gold tokens on the left side of the card.

Unless the character card says otherwise a player can use their special ability at any time during their turn.

After all of the players have taken their turns the player who took the role of the King (if anyone) becomes the newly crowned player. This player collects all of the role cards, shuffles them, sets the correct number aside and starts the drafting again.

How do you win Citadels?

The game ends when a player builds their seventh district (8 districts at some player counts). Once someone has done this, the current round is completed and the game ends. The player with the most victory points at the end of the game is the winner.

How do you score points in Citadels?

There are a number of ways to score points in Citadels.

Your District Cards – The most common way is by building districts, each district is worth a number of victory points equal their gold cost.

District Variety: If you have at least one card of each color district you get a three point bonus.

Unique District: Some of the unique districts will score additional points

Is Citadels worth the money?

Citadels is worth having on your shelf. It’s a fun game that can accommodate a large number of players making it great for a party. There are also three different characters for each of the nine ranks.

These can all be mixed and matched providing for a lot of variability on replays. The same goes for unique districts, you only use 14 at a time but the game comes with twice that many. The rulebook is filled with recommended combinations of characters and unique districts, or you can randomize them.

They game typically retails for around $30, and with the replay-ability provided by having a total of 27 roles, this game is a good value.

There are no official rules for player Citidels solo, but there is a fan created variant online you can try if you want to play on your own.

Can you play Citadels online?

I am not aware of any place you can currently play Citadels online. There were a number of non-official sites in the past but I believe they are all defunct now.

Are There Expansions for Citadels?

The expansion for Citadels introduced new character roles that are now included in the “deluxe edition” of the game. It doesn’t say deluxe edition anywhere on my box, but this is the version you want to get in order to get the additional roles.

If you’re interested in trying Citadels, we recommend checking out the base game or one of the expansions. The base game includes everything you need to play Citadels, while the expansions offer new content to keep the game fresh. Citadels is a great game for those who enjoy strategy games, and we think it’s definitely worth the price. Citadels is a great game to play with friends and family. So, relax, enjoy yourself, and see if you can build the most impressive city in the land.